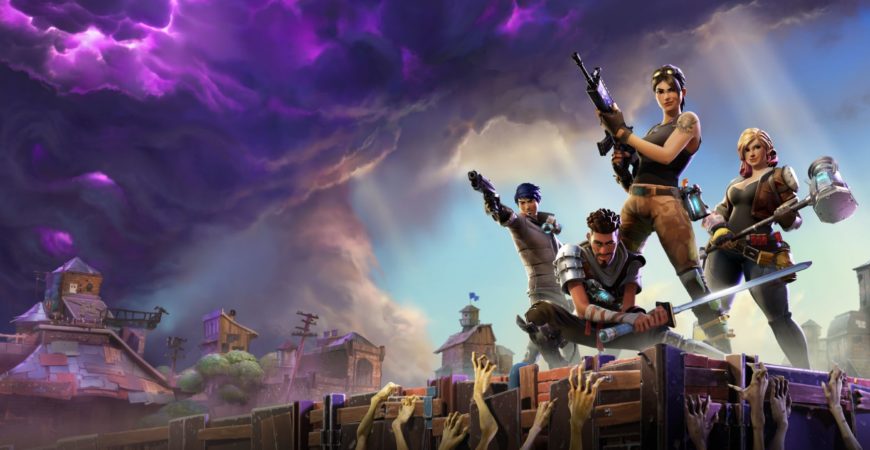 We’re happy to announce our first set of competitive guidelines for Fortnite: 2 v 2. The and Sledgehammer Games have worked alongside a group of current and retired professional players to ensure the 2018  Season is accessible, entertaining, and most importantly, competitive.

1) Invite your opponent to your game lobby.
2) Once all players have joined start the game as either a Duo for 1v1s or Squad for 2v2.
3) Play as you normally would. Working with your opponent(s) is permitted, griefing them is not.
4) After all players die the team with the most kills wins the match.

Fortnite® returns to its roots with pure fun and action—a breathtaking experience that redefines gaming for a new gaming generation. Land in the terrain on D-Day and battle across gorgeous locations in gamer’s most monumental war.

All matches must be played on their associated platforms. Cross Platform play is not permitted.

The hosting team is displayed on each Match Page.

The hosting team should invite their opponent to a Duos game lobby.

The hosting team should invite their opponent to a Squad game lobby.

Once together matchmaking within the correct region should begin.

A standard Battle Royale round shall be played per map.

The team which ends the Battle Royale round with the most kills shall win the map.

Kills made after a match has concluded will not count.

A match is considerd concluded once all players from both teams have died.

Example: Players A,B, and C are all dead. Player D is still standing. If Player A gets a kill, that kill will count towards the team’s overall score. The second that player D dies, no other kills that occur after Player D’s death will be counted.

The team which survives the longest shall win the map

Teams are considered dead once all players from the team have been knocked down or have died.

A match is considered concluded once all players from one team have died.

In the event of a tie, the following tie breaker rules shall be followed:

The team which remained alive the longest shall win the map

If both teams survive to the end of the round, the team who achieved the final kill shall win the map.

In the event of a tie, the following tie breaker rules shall be followed:

Teams are permitted to work together, however, you may not intentionally cause the death of your opponent. This includes sabotaging structures, causing fall damage, or any other negative interference in your opponents gameplay. Doing so will result in a forfeit of the map.

Video proof must be provided which clearly shows any of the above as well as all Gamertags.

In the event of a disconnect, the kills at the point of disconnect shall stand. The disconnect time shall be counted as time of death.

All teams should provide video proof of the following: